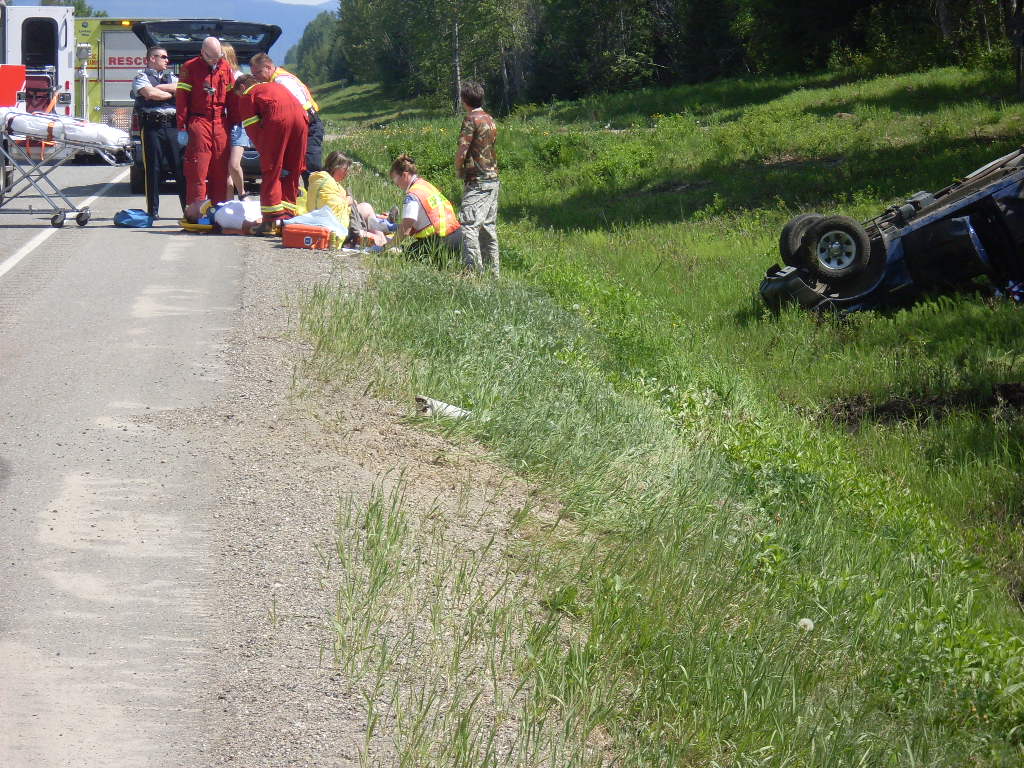 25 February In The News by abcweblink

Prince George Regional Highway Rescue has the manpower and equipment to help people in the aftermath of a crash, but without stable core funding and permanent home the organization’s future is in jeopardy.

“If we lose this service, it’s going to be detrimental to the north,” highway rescue chief Keith Laboucan said. “People need us, the police need us, the ambulance service needs us.”

The organization which services 24,000 square kilometres in the central interior faces a cash crunch every year as it waits for funding from provincial gaming funds and the Fraser-Fort George Regional District. It also receives money from Emergency Management B.C. whenever it responds to a call.

This year the group only got $40,000 worth of gaming funds, which will make it impossible to balance its anticipated $300,000 budget.

“You never know what you’re going to get or what’s going to happen,” Laboucan said. “There’s never any guarantee for money and it’s becoming harder to get because there’s more people that need gaming money.”

To compound the problem, the rescue group could be without a home if it’s current leased property on Ospika Blvd., is sold. Laboucan said the current landlord has been very co-operative and he understands if they make a business decision to sell the land, but at the same time the group needs to find a permanent home.

A new hall could cost anywhere from $700,000 to $1 million and would need to include a training area, a place to store the group’s four vehicles and must be centrally located so the group can respond to calls in any direction.

The group does have land available at the corner of 18th Ave. and Foothills Blvd., but the land is not serviced and there’s no buildings on the property. Getting a large enough hall is key to allowing the group to operate at full capacity.

“Right now we have four vehicles, one sits outside, two sit inside and one is at another fire department not in service because we don’t have a hall to put it in – which makes no sense,” Laboucan said.

The group of 20 volunteers is specially training in how to extract people from vehicles after crashes. It’s a service that’s not provided by every rural fire department along the Highway 16 and 97 corridors and some parts of the region aren’t covered by any volunteer fire departments at all.

With the region’s economy picking up and the roads busier, Laboucan said the group’s services are needed more than ever, yet it’s still lurching from one financial crisis to the next.
“We’ve continually put a Band-Aid over the problem, by applying [for grants and] hoping we would get some money,” he said.
To find a permanent solution, Laboucan said he’s looking to partner with groups or agencies that can either provide funding or help the group locate the grants it needs to keep things running smoothly.
In the meantime, the group has applied to have its gaming grant for this year reviewed and will continue to meet with provincial officials like local MLAs Shirley Bond and Mike Morris, who Laboucan said have been helpful.
If the group did have to shut its doors, Laboucan said that would have dramatic effects on what would happen for people trapped in vehicles after crashes. Police and ambulance crews would still respond, but they’re not trained in how to get people out.
“If we don’t have a rescue service, what good are they as first responders if you’re trapped? How are they going to get you out?” he said. “I can tell you back in the early 80s, I read a story about what had happened when there was no one able to come and help people – they died.”