Prince George Regional Highway Rescue Society (Formerly Fort George Highway Rescue Society) has been servicing the community since 1981.  The first 6 years of the Society were challenged at the best of times. We used hand tools and ingenuity.  The Provincial Emergency Program loaned the society an old Civil Defense truck to transport the equipment and crew. The society ran the program on donations of time and money from the members and community.

In 1984 the provincial government requested the truck and equipment be returned, at which point it was sold off.  Without a vehicle or equipment the Society had no choice but to cease operations. That would have been the end of our story, but after an incident in 1986 where a local resident had been trapped in his vehicle for about three hours, an RCMP traffic Sergeant requested the group to reorganize.  As a result of this request, the Fort George Highway Rescue Society was reborn and incorporated in January 1987.

A vehicle was donated by a local business, the members donated and raised the funds to equip the Society and The Kiwanis Club donated $15,000 to purchase rescue equipment known as the “Jaws of Life”.  The Society now was in a position of owning its vehicles and equipment, allowing for the continuation of savings lives.

In 1991 the Provincial Government donated an old “box style” ambulance for the exclusive use of the Society in which members raised an additional $25,000 and spent countless hours refurbishing this ambulance into a rescue unit.

From 1986 to 1991 the society operated out of the garage and basement of the then Chief’s home.  In 1991 the society was able to raise and ensure funds to allow the operation of a hall to be moved to a rented single bay facility on First Avenue within the City of Prince George.

In 1999 ICBC purchased the land and buildings from the Government of British Columbia located at the intersection of Ospika Blvd and 15th Ave in Prince George.  The Society entered into a short term lease agreement with ICBC and moved to our current location.  We are required to be within a 10 minute drive from our on call responders.

Today the Society operates two Rescue Vehicles both equipped with state of the art equipment allowing for any situation encountered to be handled in the most efficient and safe manner possible, a command unit to allow us greater flexibility and a heavy rescue unit not in service but currently being outfitted for industrial and commercial responses.    We are an elite service that is specially trained in extrication and low angle rescue. We cover a response area in excess of 24,000 square km in the RDFFG boundaries as well as providing backup for the remaining areas of the RDFFG as required.  We have become an integral part of the Regional District 911 response program, allowing us to reduce response time by being paged out at the same time as other emergency services.   We have specialized in understanding the composition of all types of vehicles to better perform our service. 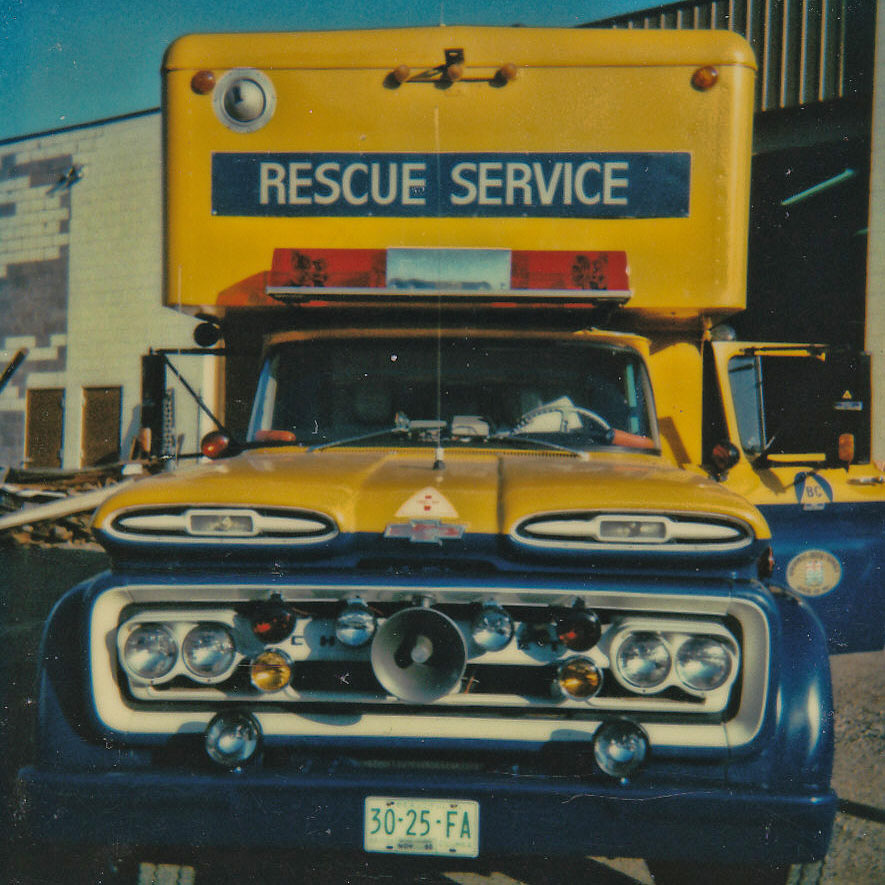 The first rescue truck; It belonged to PEP; they let us use it; it had all types of heavy rescue gear. 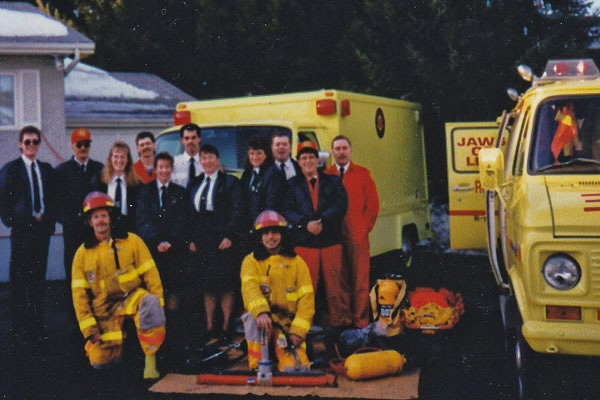 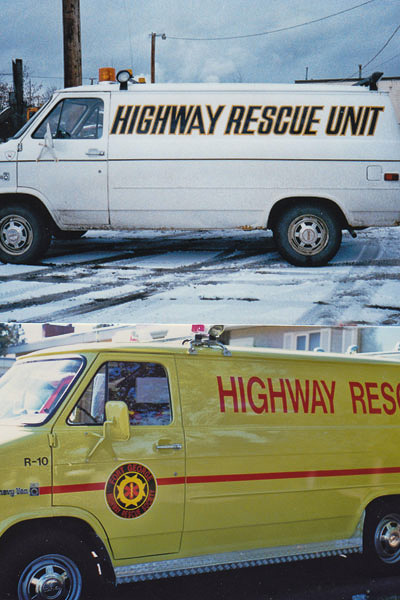 1987: the second truck once it was refurbished and upgraded 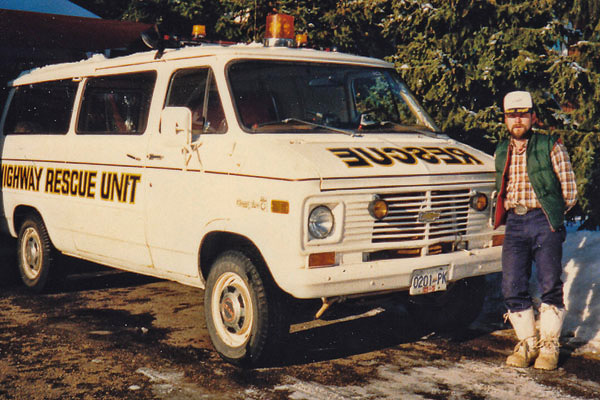 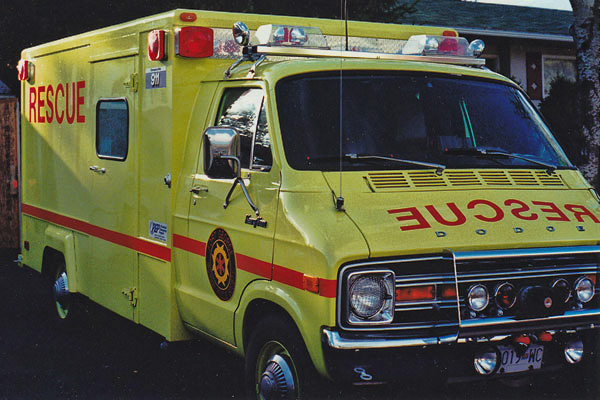 The third truck after it was refurbished/built, it became our main unit. 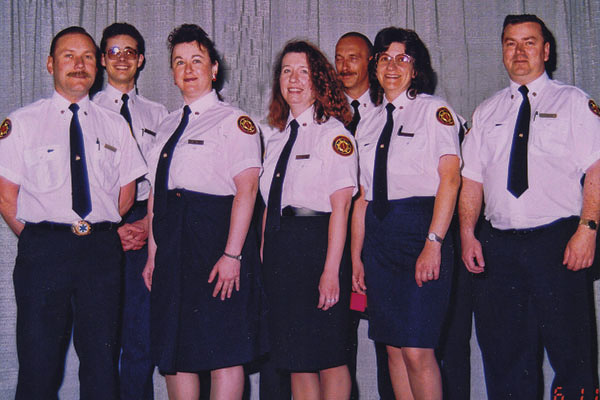 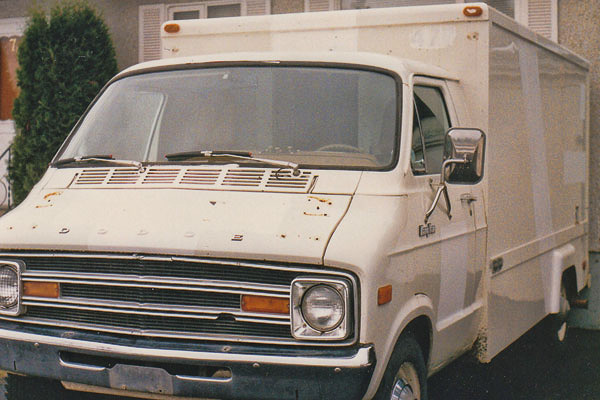 The third truck was an old ambulance obtained from the government 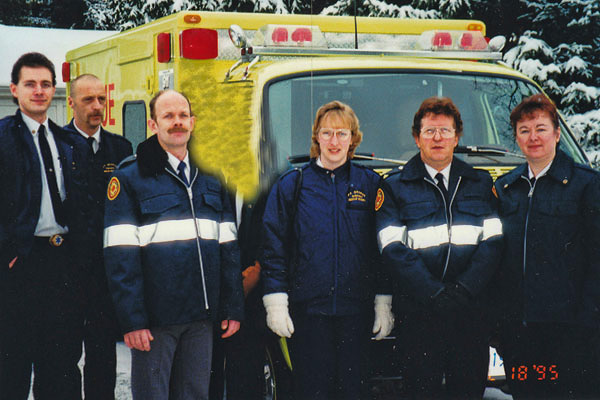 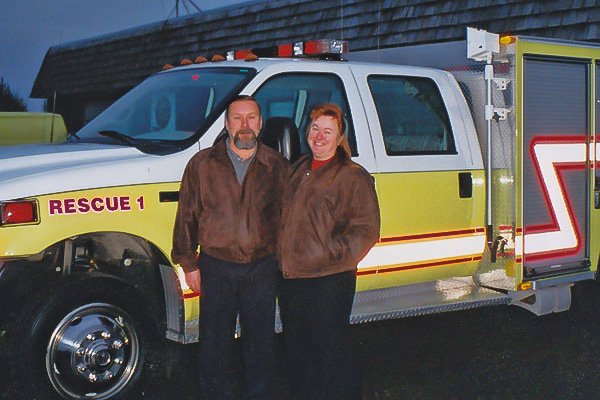